Our golf course has an amazing history

Following a year of planning by a group of Ashland citizens, the Chequamegon Country Club was constructed in 1925 in time to allow play on the new holes that summer. Nine holes and a log-cabin style clubhouse were erected on a 60-acre tract of former farmland. It was not surprising that the designer, Sandy Campbell from Scotland, created a Scottish links-type course with rolling hills and adjacent fairways. The Scotsman served as the first golf professional, greenskeeper, and club manager. Already sensing a future interest in expanding the golf course, the Chequamegon Country Club leadership purchased a 40-acre parcel of land adjacent to the southwest corner of the course in 1930.

Although Ashland Lodge #137 of the Benevolent and Protective Order of Elks can trace its original charter to 1889, it didn’t acquire the Chequamegon Country Club property until 1944, when the name was changed to the Elks Country Club. Elks Lodge #137 was at home during winter months at its town club, built in 1906. The Lodge occupied the Country Club building during the months the golf course was open. 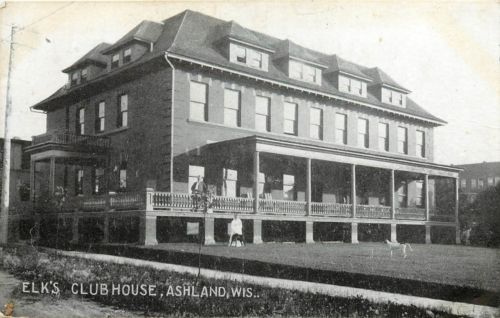 In 1945, Ryder Lund, sports editor for the Duluth News Tribune, came to Ashland to help create the Elks Country Club’s first major tournament, called “The Shortstop.” This tournament has continued every year since and now attracts nearly 200 golfers every July (always the second weekend).

In 1966-1967, the Lodge sold its downtown building and built a new lodge home at the golf course on the site of the former log-cabin clubhouse.

With the involvement of Elks members, City officials, and area economic developers, planning began in 1995 to expand the nine-hole course to an 18-hole championship course that would be both challenging and enjoyable for golfers of all skill levels. The existing nine-hole course was renamed the Ashland Elks Golf Course and was opened for the first time to the general public. 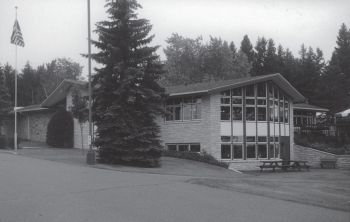 The award-winning (Golf Digest) architectural firm of Garret Gill & Associates was selected in 1996 to design the new course. It was deemed important to take advantage of the natural beauty and lay of the land in planning the expansion. Construction of new holes, redesign of existing holes, and other improvements (including a state-of-the-art irrigation system) were completed during 1997 and 1998.

The new 18-hole championship course opened in July of 1999. The following June, a Grand Opening celebration was held.

Keep up with our events, find some fun tournaments to participate in at Chequamegon Golf Club! If you wish to be active you’ve found the right place!

We have many leagues to play in at Chequamegon Golf Club.  Inquire in the pro shop to find a league that fits your schedule.

We take pride in our course…

The conditions, service and playability of our golf course is the top priority of all of our staff.  Read out Maintenance Blog here.

If we can assist you in any way please reach out to us!